I am fat. I have been, to varying degrees, for a significant period of my adult life. I have always struggled with my weight, so it’s never far from my mind. 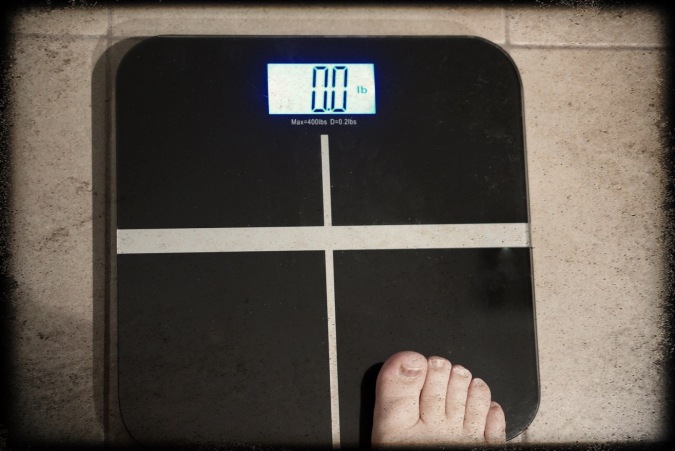 In turn, I struggle with my self-image quite a bit as well. I place way too much emphasis on the correlation between size and happiness. That’s not to say I don’t need to lose weight to be happier – at this point, I certainly do. I’ve had multiple ankle surgeries and had limited mobility for the last couple years, so being more active and losing some of the weight I’ve gained is important to me, for my own personal happiness.

I’ll never be a size 6, and that’s fine. I don’t need to be. But I do need to be healthier and more active to start really feeling like me again, regardless of the number on the scale. In the meantime though, I need to really work on loving myself in spite of the fact that I’m not where I want to be right now.

One of the people who has been most instrumental in helping me do this is Gil. He is the most supportive partner I could ever ask for. He loves me no matter what, and he tells me how beautiful I am every single day, and how attracted he is to me. He tells me and shows me in a million ways how much he appreciates everything about me, including my body.

He is also very much supportive of me wanting to make changes, which is another point in the “wonderful boyfriend” column. He himself has made a ton of positive changes in the last year and a half. He cut out regular soda, fast food, most sugar, and he got a job as a coach working with kids, so he is literally active all day long. And recently he has even taken up running and is getting even more serious about getting in shape. He’s lost over 40 pounds and counting. It’s incredible.

I say that with as much love in my heart as possible. But we are both people who have struggled with our weight over the years, and for him to be making such drastic progress when I’m not is extremely challenging. Don’t get me wrong, I AM proud of him. But when he comes into the living room and complains that there is no way he’ll be able to eat all of his allotted calories on MyFitnessPal for the day, or how he lost another 3 pounds, I want to stab him in the eye with a fork. And then use that fork to finish a giant bowl of pasta.

My mom works for Weight Watchers and she sees this all the time. Couples come in together, and almost immediately the man starts losing weight faster than the woman (because biology SUCKS), and she inevitably gets frustrated. It’s one of the biggest challenges my mom sees her members having, when their spouse is losing and they aren’t.

When Gil and I started dating, we went the way of many couples. Lots of dinners out, weekend trips, and nights ordering in, not watching what we were eating at all. If he had a third piece of pizza, so did I. If he was going to sit and each chips and salsa, so was I.  And surprise, surprise, I gained at least 20 or 30 pounds in the first year of our relationship. Him? Probably none.

I’m not blaming him by any means. I did it to myself – it’s easy to give yourself so much leeway in the beginning of a relationship, and most of the women I know have fallen into this trap at one time or another. And if you struggle with weight and your relationship with food the way I do, it can become this weird free pass to do all the things you know are going to take you to the dark side. The side where nothing in your closet fits even though you JUST caved in and bought things a size up to get you through last season.

My mom always tells me how she would be struggling to diet and lose weight when she was dating my dad, and he would just announce one day that he planned to lose 10 pounds that week. AND HE WOULD. How he lived to father 2 children, I’m not sure.

When Gil needed to make some changes to his diet for medical reasons, I was all over it and helped get us stocked up on my healthy go-to’s. Gil wasn’t even trying to lose weight that first year – it just happened. I have never, in my entire life, known a woman who just “accidentally” lost weight.

And now that he’s actually actively working on getting in shape and really trying to watch his diet more, I can only imagine how successful he will be. And even if it makes me a horrible person for saying it, that’s really hard for me.

I have gone through so many attempts to “get started” on my fitness goals over the years, whether it was with MyFitnessPal or Weight Watchers, or whatever, but it is a daily struggle for me and it’s very slow going. There are a million reasons why, but none of that really matters. All that matters is that I am struggling to make the changes I so desperately want to make, and the opposite is true for my partner.

And I am completely terrified of being the fat girlfriend with a fit boyfriend.

It was different when we were both big – it was just part of our charm as a couple. Big people, big personalities. But now I feel this pressure that if I don’t lose a bunch of weight with him, that I’m failing in some way. That people will judge. That he might decide he wants someone who can keep up with him.

It’s a terrible feeling, but one I’m going to have to come to terms with. Because I want him to share his successes with me. When he is excited about losing another 5 pounds, I want him to feel like he can celebrate that with me. I don’t want to be threatened by his progress. But today, I still am. There is still a little part of me that can’t stand hearing how well he is doing, when I am still struggling to get on track. But that’s OK – I am giving myself permission to feel that way.

Because I’ll get there. Whether or not I actually lose as much weight as he does is not the point. I’ll get to a point where I can fully accept myself. Maybe that involves losing a bunch of weight, and maybe it doesn’t. All I know is that I want us to be able to fully support each other no matter what. And even if I get struck with the occasional urge to hurl heavy objects at his head when he announces that none of his pants fit anymore, or that he COULDN’T POSSIBLY have one more bite as I’m cleaning my plate… well, I’m only human.