When I tell you I’m in a serious relationship with a Ninja, I hope you’re picturing exactly what I’m picturing… a stealthy, pajama clad warrior wearing all black doing flips around my condo. I actually don’t think Gil would stand for that. And I’m pretty sure shotgun > nunchucks. No, this Ninja came in a box from Amazon, which is where I do basically all my shopping now (I love you Amazon Prime).

I recently bought a Nutri Ninja Pro, specifically so that I could make smoothies in smoothie blender travel cups that I could take in the car on the way to work. All because I read an article somewhere about all these very professional women who were more successful than me, talking about their morning routines. Hey, if I can’t have their careers, I can at least have their goddamn breakfast and their secrets to 5 minute makeup!

I’m sure there was some sage career advice sprinkled in there, but the article was mainly focused on the awesome ways they started their awesome days. I skipped through any of them that advocated starting your day before 6 AM, because they must be monsters. Pass.

So the main takeaway I was left with was one of them commenting that she starts her day with a green smoothie. That way, if she gets too busy for lunch and doesn’t get enough vegetables in that day, she knows she at least started the day with some greens and that’s an accomplishment no matter how the rest of her day goes.

Well first of all, I’m pretty sure I can always find time for lunch. If you’re one of those people who says they just “forgot” to eat, I’m pretty sure we can’t be friends. Second of all, if I don’t get all my veggies in for the day, it’s not because I was too busy… unless you count ordering pizza and having a Netflix marathon as being too busy. In which case, yes I actually was too busy.

Either way, it stuck with me. So I did the only logical thing I could do, which was go on Amazon, read a total of 2 reviews and promptly buy myself a new toy. BEST TOY EVER. Actually, that’s a lie – I’ve bought better electric toys on Amazon… but we can talk about that later.

This one ranks up there though, and it’s almost as good a mood booster as the other one.

And it really is true… I start my day feeling like I made a healthy choice, and not to sound gross and preachy, but it DOES wind up motivating me to make more healthy choices throughout the day. Plus I feel better about the chocolate I inhale about 2 hours after lunch (I said MORE healthy choices, not ALL healthy choices).

Incidentally, it is also very convenient for making milkshakes, as I discovered when Gil was recovering from some nasty dental work recently.

Gil isn’t as jealous as if it were a real Ninja man I was obsessed with, but I can tell he’s tired of hearing about it. He told me the other day I should give up the tech sales racket and start selling Ninjas. When I paused to think about it he just sighed and walked away. 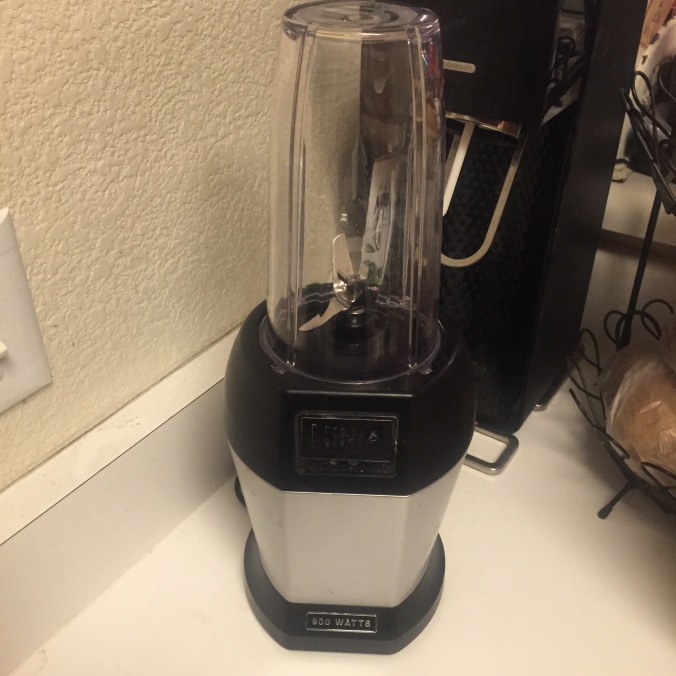 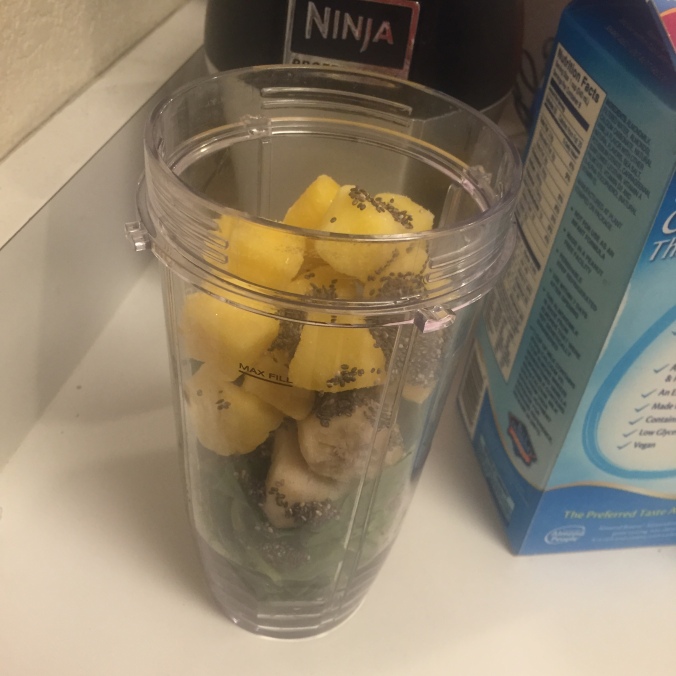 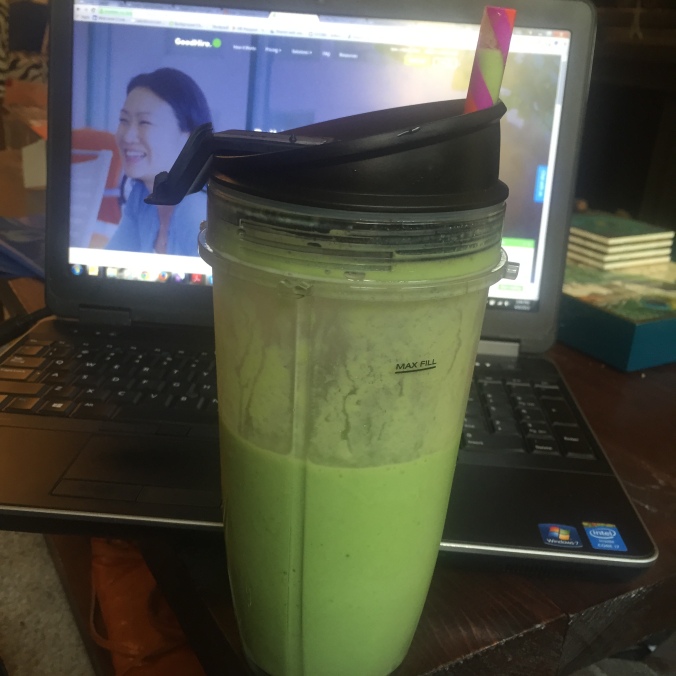 I have high hopes that my new Ninja boyfriend and I will work out. I’ve had similar relationships in the past, but I don’t think I was ready to commit.

That time with the juicer was just a fling… I saw a friend with hers and just got jealous, so went out and picked up the first one I could find. I didn’t think it through. And now it sits alone in my kitchen, taking up valuable counter space because it’s too big for the cabinet and part of me believes if I keep staring at it every day, I’ll finally feel guilty enough to rekindle what we started.

The truth is it will probably wind up at my parents’ house like the very expensive treadmill I bought 6 years ago when I was living at home. The best workout I ever got from that thing was helping my dad lug it up the stairs and holding all the parts in place to put it together. It’s in that room forever now. When they move, they’re going to have to sell it with the house.

But that was 6 years ago. I’m older now, and wiser. I make better decisions.

Actually, that’s probably only true when it comes to actual men. I’m still an impulse buyer everywhere else. I still jump in too fast sometimes and have a hard time making it last. I’m on Realtor.com right now looking for houses with more storage. Thank god they don’t sell homes on Amazon or we might really have a problem.